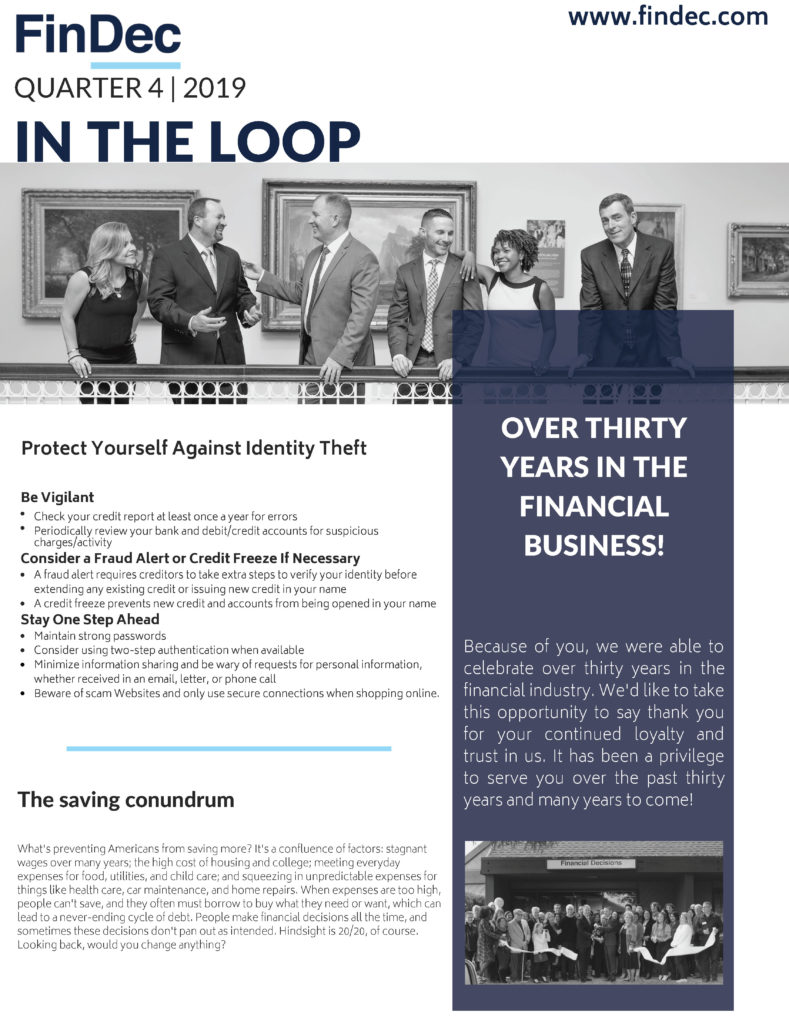 Michael is part owner of Financial Decisions and serves as the Chief Executive Officer. Michael started working for the company in 1997 and has held many positions within the company, such as a file clerk, pension administrator, record-keeper and Chief Operations Officer. Prior to becoming the CEO, Michael worked as a police officer for a local law enforcement agency. Michael served in the United States Army Reserves for over 13 years and obtain the rank of Major as a Military Police Officer. Michael holds a MA in Business and Organizational Security Management and BA in History. When Michael is not working you can find him traveling the world with his daughter or catching up on a good Netflix show.

Let’s talk about
your future.

We’ll customize a plan that’s right for you.