As a member of the National Association of Plan Advisors’ Government Affairs Committee, I’m fortunate to be a part of a group of plan advisors gaining insights from a top association in our industry and government leaders writing the laws of our land.

The meetings, held at the end of every month, provide a snapshot into how Congress is viewing critical issues that impact retirement plans and — by default — the tens of millions of people who rely on them for their financial future.

This past meeting gave me hope, particularly some of the bipartisan efforts to encourage people to save more. Here are some of the highlights from January’s government affairs meeting.

A reboot of an attempt to mandate auto-enrollment

In November, House Ways and Means Committee Chairperson Richard Neal (D-Massachusetts), released a “discussion draft” of a new Automatic Enrollment Plan Act of 2020. This is essentially a reboot of an attempt three years ago to mandate auto-enrollment in retirement plans.

Under the congressman’s proposal, employers with more than 10 employees would be required to maintain an “automatic contribution plan.” This includes qualified plans such as a 403(b), IRA or SIMPLE IRA. Also, a new, employee-only contribution 401(k) plan would also satisfy this requirement. That would have an $8,000 contribution limit and would not be subject to nondiscrimination testing. This testing is generally required for qualified retirement plans to ensure benefits do not discriminate in favor of officers, owners, shareholders, employees in authority of other employees or any highly compensated employees (HCEs). Sponsors with certain plans in place before the act would be grandfathered in.

Under Neal’s act, failure to maintain an automatic contribution plan would result in an excise tax — $10 per employee per day subject to certain limits. It would exempt employers from compliance where state plan initiatives were adopted prior to enactment — for example, CalSavers, which FinDec has explored in depth.

The Securing a Strong Retirement Act (Secure 2.0) was introduced by Congressman Neal, who chairs the Ways and Means Committee, and Ranking Member Kevin Brady (R-Texas).

The legislation promotes saving earlier for retirement by automatically enrolling employees in a company 401(k) plan when a new one is created. It also:

Based on the discussion in January, it appears the next two years will be busy with a renewed focus on retirement and savings. I’ll continue to share updates monthly with our audience so they better understand what’s happening in this space. And, as always, I’m available to discuss further. Simply email me at kmahoney@findec.com. 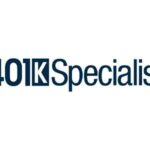 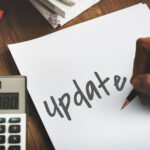 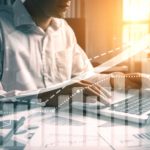 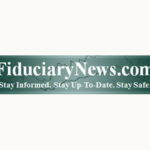 7 Fiduciary Duties 401k Plan Sponsors Overlook And What They Can Do To Address Them
April 28, 2021
Previous PostFinDec announces new ownership led by current CEO, top executivesNext PostFebruary 2021 Webinar, CalSavers – What you need to know